The Origins of Wandering I

When I failed to gain admission to graduate school in 2007, the sensible thing would have been to retract my resignation notice at my job and reapply to other graduate programs the following year.  Instead, I chose a path that forever transformed me:  I left New York and embarked on a solo backpacking trip abroad, starting with a one-way ticket to London.  When would I return?  What would I do afterwards?  I didn’t know.

My relatives questioned my sanity.  How could I quit my job while people struggled with unemployment?  Why was I traveling alone?  World politics didn’t favor me either.  The “War on Terror” raged, with many suspects matching my profile – young Muslim male of Pakistani origin.  Privately, I also wondered if I was being foolish.  Until then, I had lived by the rules of the system: graduate high school, get a college degree, land a well-paying job.  Suddenly, I was straying off the path.

Yet, after nearly three years at my company, I yearned to experience the world beyond my comfort zone.  Before applying to graduate school, I requested an assignment in the Middle East, a region that held personal relevance given my family’s background.  My first manager encouraged my aspirations and introduced me to my company’s Middle East CFO.  However, when another manager took over my team, his response was a categorical “no”: the company’s policies precluded the transfer of non-executives across regional offices.  Graduate school offered an alternative medium to spur my intellectual growth, and I poured my heart into the applications.  Once again, I heard “no.”

Amidst these setbacks, the prospect of discovery, coupled with the realization that nothing prevented me from indulging my love for travel, energized me.  I mustered my resolve and wrote in my first entry on this blog:  “I can, therefore I am; the world awaits, and I’m reaching out to embrace its culture, its music, and its wonders.”

In seven months I visited 15 countries and 33 cities across three continents.  I hurled tomatoes at La Tomatina Festival in Spain and rapped with Parisians on the Seine.  In Turkey, I developed a marketing strategy for a street juice vendor without either of us speaking the other’s language.  As Karachi burned in the aftermath of Benazir Bhutto’s assassination, I emailed live updates to family and friends around the world.  I frequently found myself in seemingly insurmountable situations: lost ATM card and no cash, no place to stay at night, or complete disorientation without any grasp of the local language.  Yet, I adapted and overcame.  At times loneliness set in, but I made a habit of talking to strangers, one of whom became a close friend and another, my wife.

Gradually, the journey, which began with a “leap of faith,” became clearer.  The first ray of possibility appeared even before I left New York:  In the last few weeks at my job, I told some colleagues that I was interested in exploring opportunities in the Middle East, and one offered to connect me with her contacts in the company’s Dubai office.  Later, I routed my travels to meet those contacts.  That meeting evolved into an interview with several senior managers and eventually resulted in a job offer.

When I left America in 2007, I suspended fear and gave possibility a chance.  Now, my music collection holds a number of songs in numerous languages, the eclectic soundtrack of my international wanderings.  I’ve lived and worked halfway around the world, far beyond the confines of my erstwhile comfort zone.  My travels opened up my eyes — both physically and figuratively — to a much bigger world than the one I knew and instilled in me the unflappable conviction that no matter where we hail from, what countries, nations, or tribes we may be members of, we humans are more alike than we are different. There are astounding wonders to be experienced across our shared planet, if only we are willing to wander outside of the near and immediate and open our eyes and hearts to them. It is in that spirit that I write Wandering I, and I invite you to come see the world with me — and show me yours!

One thought on “About”

This site uses Akismet to reduce spam. Learn how your comment data is processed. 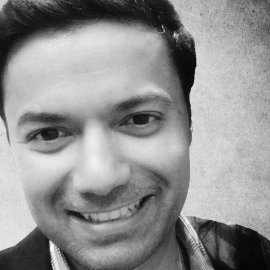